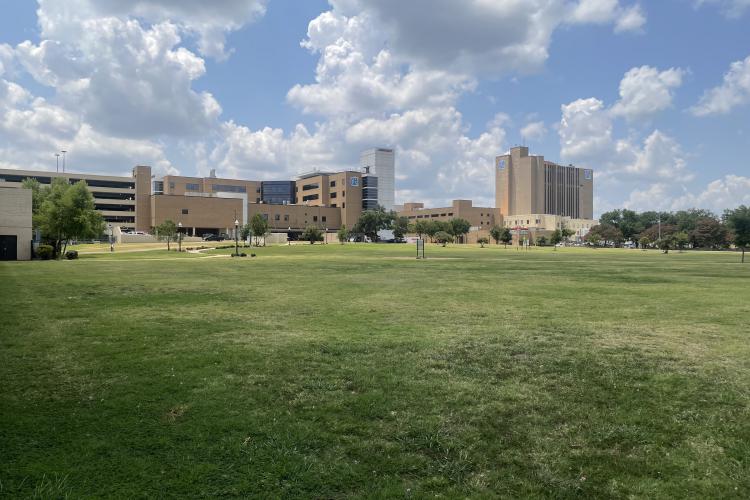 JPS Health Network is seeking requests for proposals on a dozen projects related to the $800-million Bond Construction Program approved during the November 2018 election by Tarrant County voters.

According to Darrick Walls Senior Project Manager for Broaddus & Associates, co-project manager of the massive construction project with the LeVis Group, a focus of the work will be to add much-needed parking and to set the health network’s main campus in Fort Worth up for big ticket items in the plans: building new patient towers, an ambulatory surgery center, and a psychiatric hospital.

“It’s going to be about a five-month process from sending out requests for qualifications (RFQ) and proposals (RFP) until we can award a project,” said Walls. “It could be a little shorter for some of the smaller projects. But, besides the medical home project, these are things we need to get started so we can prepare for the bigger jobs on the main campus.”

The projects approved include design and construction of:

Adam Lane, Vice President and Chief Facilities Management Officer, said the first set of project approvals is just the tip of the iceberg in what will be a massive construction project.

“This is just the first tranche in what will be hundreds” of projects, Lane said. “Most of these things need to be done to move things around to rearrange the campus so we can move forward on higher profile projects.”

Walls said the Hemphill demolition was already planned, and the building is ready to be torn down after the services offered there moved this month to the new JPS Behavioral Health Recovery Clinic. He hopes a contract for that job could be awarded as soon as September. A deal to design and build the new parking garage could be awarded as soon as December. Contracts for the medical home project, the green space parking lot, a central utility plant (CUP), and the Patient Pavilion expansion are expected to be awarded in January of 2022. A trio of Patient Pavilion projects to upgrade the nurse call system, fire alarms, and building controls that manage things like the temperature and air pressure in parts of the building could be awarded in February 2022.

Parking is a major component of the Bond Construction program not only to resolve issues finding enough places for patients and team members to put their vehicles which has been a concern since the main JPS campus opened 83 years ago. Walls said spots must also be found to make up for spaces lost as buildings are built upon existing lots. Plus, he said, construction workers will have to have a place to park while work is underway.

“We think we can put about 95 parking spaces on the Hemphill site which is critical for us to move forward,” Walls said. “It’s very important.”

Walls added that the Patient Care Pavilion parking structure was designed to allow two floors to be added on top when it was built in 2008. He estimated that work will add 190 more parking spots. It is uncertain how many spots will be temporarily lost while the garage is expanded, Walls said. He’s hopeful only the current top level would be impacted and cars could still be parked on the lower floors as work proceeds.

As far as the Patient Care Pavilion expansion goes, Walls said JPS leaders know what they want out of the project. But it hasn’t yet been determined exactly what the reimagined building will look like.

“Will we expand to the north or to the south?” Walls asked. “It wasn’t really designed for expansion, so we’re still looking at that.”

But when the work is done, the Emergency Department, Interventional Radiology, and the surgical area will be expanded, and a corridor connecting the Patient Pavilion to the new patient towers and other facilities to be built will be created.

The medical home included in the current approvals is one of four JPS hopes to build across Tarrant County, bringing one-stop medical care to people in the communities where they live. The location of the first medical home has not yet been determined.

While it may be difficult to see the big picture this early in the project, JPS President and CEO Robert Earley said hospital leaders and project managers are working carefully to make sure to deliver facilities the health network needs to deliver first class care for the next 50 years or more.

“I feel very confident that the strategic plan aligns very closely with this work,” Earley said.