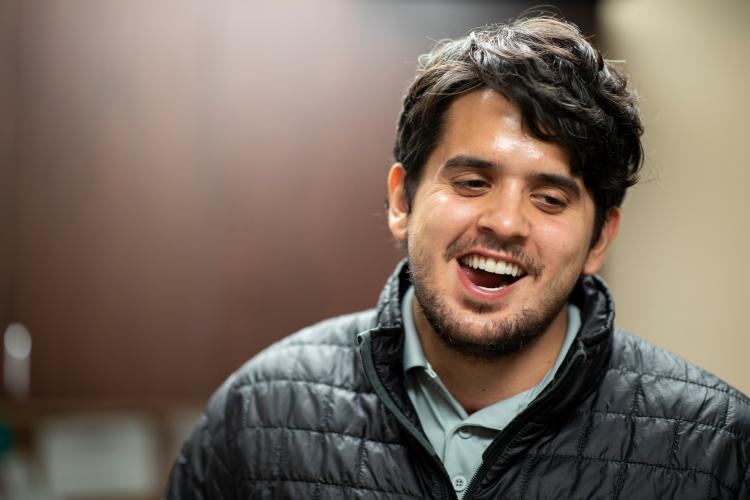 A routine dental appointment led to a devastating discovery for Nick McMillon.

An X-ray revealed a void in the middle of his jawbone near his chin that his dentist initially thought was an abscess. Upon further investigation, however, the problem turned out to be much more serious: It was a tumor that created a hole about the size of a quarter in McMillon’s mandible.

There was no choice, according to Dr. Fayette Williams, Division of Maxillofacial Oncology & Reconstructive Surgery Director at JPS Health Network: The entire jawbone – along with the teeth embedded in it -- had to be removed and replaced. Needless to say, that wasn’t what the patient wanted to hear.

“In the past, it’s been a complicated and lengthy process to make this repair,” Williams said. “But our team now has the ability to do it all in one surgery. It’s a tremendous improvement over the way it’s traditionally been done.”

Usually, a mandible replacement requires a series of operations to complete. It can take up to two very uncomfortable years while the relocated fibula heals, anchor points for artificial teeth are installed and allowed to set up and, finally, the replacement teeth are made and fitted. But Williams team is one of a about a half dozen in the United States – and the only one in the Dallas-Fort Worth Metroplex – capable of replacing the jaw, fitting the anchors for artificial teeth and installing those new teeth all in one day.

“I was very fortunate that the dentist knew about what Dr. Williams is doing at JPS,” McMillon said. “He referred me here and that made all the difference for me. Considering what I was facing, I couldn’t be happier with the results. When I heard it could all be done in one day, I said ‘let’s get it done.’”

Williams said the process requires a fibula – the smaller, less important of the two bones of the lower leg – to be removed so it can be fashioned into a new jawbone. Using a template made from a scan of the patient’s skull before the surgery, cuts are made in the straight fibula so it can be bent into a horseshoe shape to replace the jawbone. Once the operation starts, it takes about 13 hours to complete.

I was very fortunate that the dentist knew about what Dr. Williams is doing at JPS. 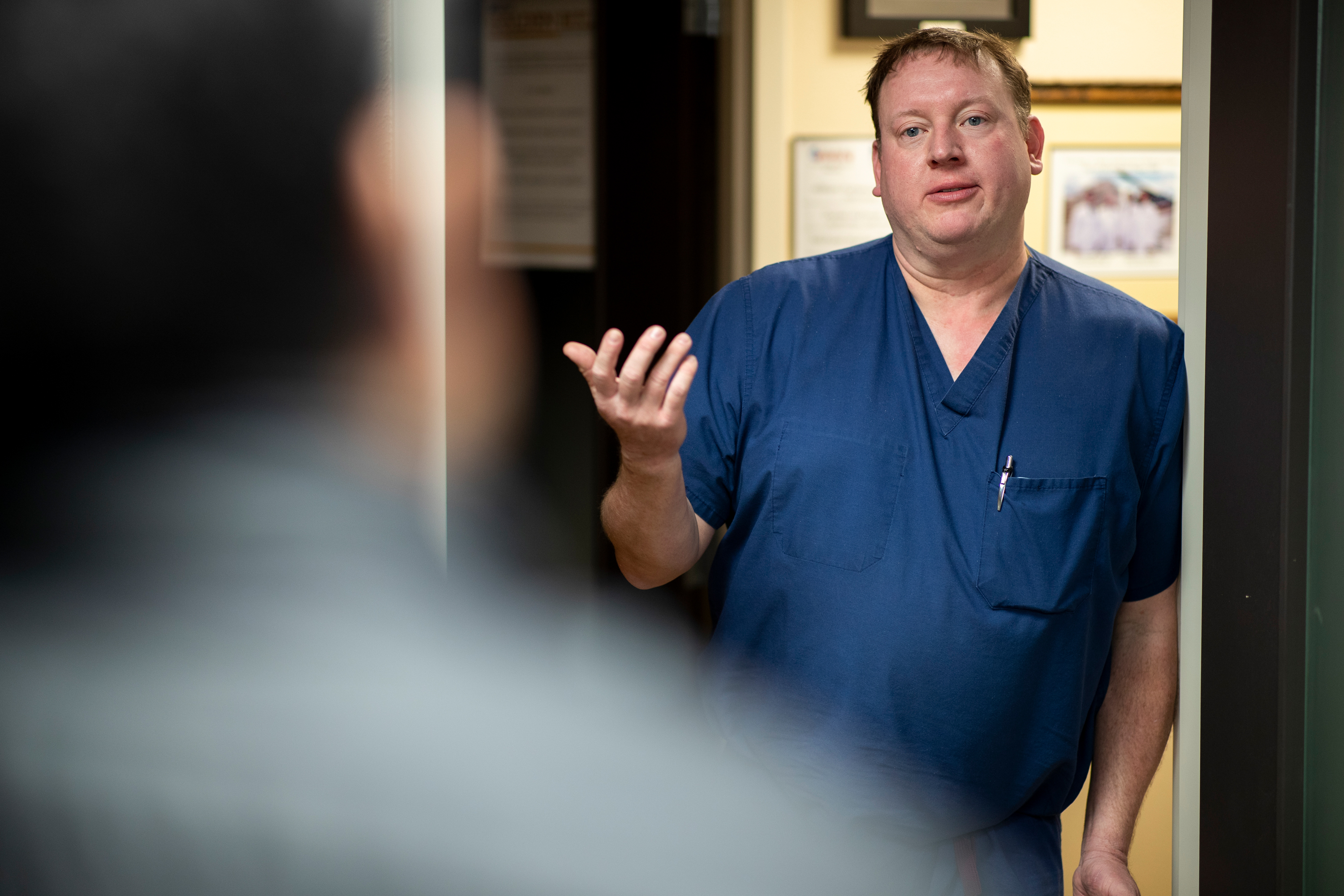 A 3-D printer is used to create a plate with convincing artificial teeth attached. Modeled on the patient’s original teeth for maximum comfort and to create a sense of being back to normal, the device is bolted to the anchors embedded in the jaw the same day as everything else is put in place, completing the process on the spot instead of the patient waiting a year and a half to two years to get back to life as usual.

McMillion said he was amazed at how he looks and feels. An athlete who power lifts and snowboards, he was primarily concerned about whether he would be able to continue his activities after losing a fibula.

“I can’t really tell any difference with my leg,” McMillon said. “It looks and feels the same. I was afraid it wouldn’t be as strong. But I am lifting more weight now than I did before it was removed.”

Most patients are more worried that their face won’t look the same after such an invasive operation, Williams said. But you’d have to look pretty closely at McMillon to notice any difference at all. Williams carefully makes the incision needed to access the jaw along the natural crease people have in their neck. The skin is folded back over the jaw while the work is done and then pulled back over the operation site when it’s finished so there are no scars on the face at all. McMillon said, rubbing his thumb and index finger along his chin, that he couldn’t feel a difference.

“It’s amazing,” said McMillon, who is currently sporting a beard. “I didn’t grow this to cover up the scars. You really couldn’t see anything when I was clean shaven.”

While his team members are proud to be a leader in a new process that makes recovery easier for patients, he said they’re not keeping it a secret. He speaks all over the country about the process which he hopes will become the new standard in mandible replacement surgery.