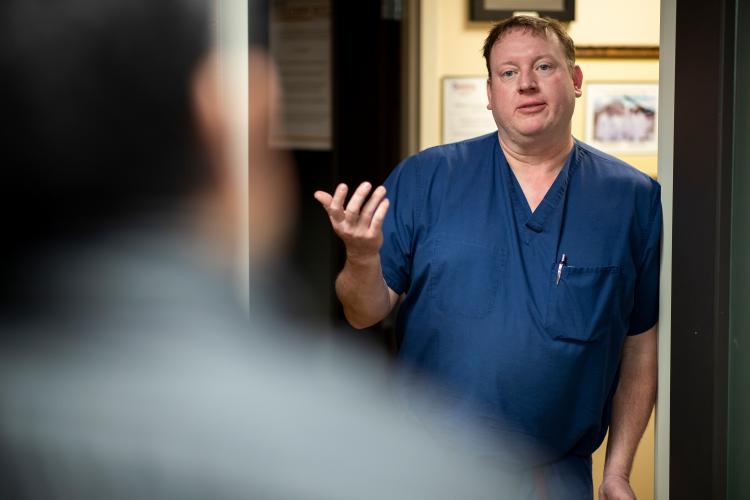 A pair of JPS Health Network physicians has been honored as Healthcare Heroes by the Fort Worth Business Press for their groundbreaking work to save lives and make them better.

Williams was honored for his breakthrough work perfecting an operation to replace the jaw bone of patients, who lost theirs through disease or accident, with one of their fibulas.

Usually, a mandible replacement requires a series of operations to complete. It can take up to two very uncomfortable years while the relocated fibula heals, anchor points for artificial teeth are installed and allowed to set up and, finally, the replacement teeth are made and fitted. But Williams’ team is one of about a half dozen in the United States – and the only one in the Dallas-Fort Worth Metroplex – capable of replacing the jaw, fitting the anchors for artificial teeth and installing those new teeth all in one day.

Williams accomplishes the accelerated process by using 3-D printing technology to build the artificial teeth to replicate the original ones the patient lost with their jawbone.

“In the past, it’s been a complicated and lengthy process to make this repair,” Williams said. “But our team now has the ability to do it all in one surgery. It’s a tremendous improvement over the way it’s traditionally been done.”

Patient Nick McMillon required jaw replacement when a tumor created a hole the size of a quarter in the middle of his mandible.

“I was very fortunate that the dentist knew about what Dr. Williams is doing at JPS,” McMillon said. “He referred me here and that made all the difference for me. Considering what I was facing, I couldn’t be happier with the results. When I heard it could all be done in one day, I said ‘let’s get it done.’”

Dr. Roderick Kim, Assistant Fellowship Director, Director of Research, Division of Maxillofacial Oncology and Reconstructive Surgery Department of Oral and Maxillofacial Surgery at JPS, said Dr. Williams is an inspiration to his colleagues.

“Dr. Williams continuously seeks to maximize the outcome of his patients through advances in technology and perioperative care,” Kim said. “He spends countless hours beyond what is asked of him to perfect his armamentarium of skills, and to look for innovative ways in process improvement and efficiency.”

Dr. John Stella, Chairman of the Department of Oral Maxillofacial Surgery at JPS, said he’s glad Williams is being honored as a Healthcare Hero because he does so much good, yet never seeks recognition.

Stella recalled that several years ago Williams cared for a young man from Africa who was pulled from the mouth of a giant bush snake by his older brother. At no charge or concern for recognition, Williams coordinated orthodontic care and performed complex lip and facial surgery to restore the young man’s facial appearance and self-esteem.

I was very fortunate that the dentist knew about what Dr. Williams is doing at JPS.

Dr. Paras Patel’s incredible work helps patients suffering from lung cancer to have a better chance than ever before to fight the disease. 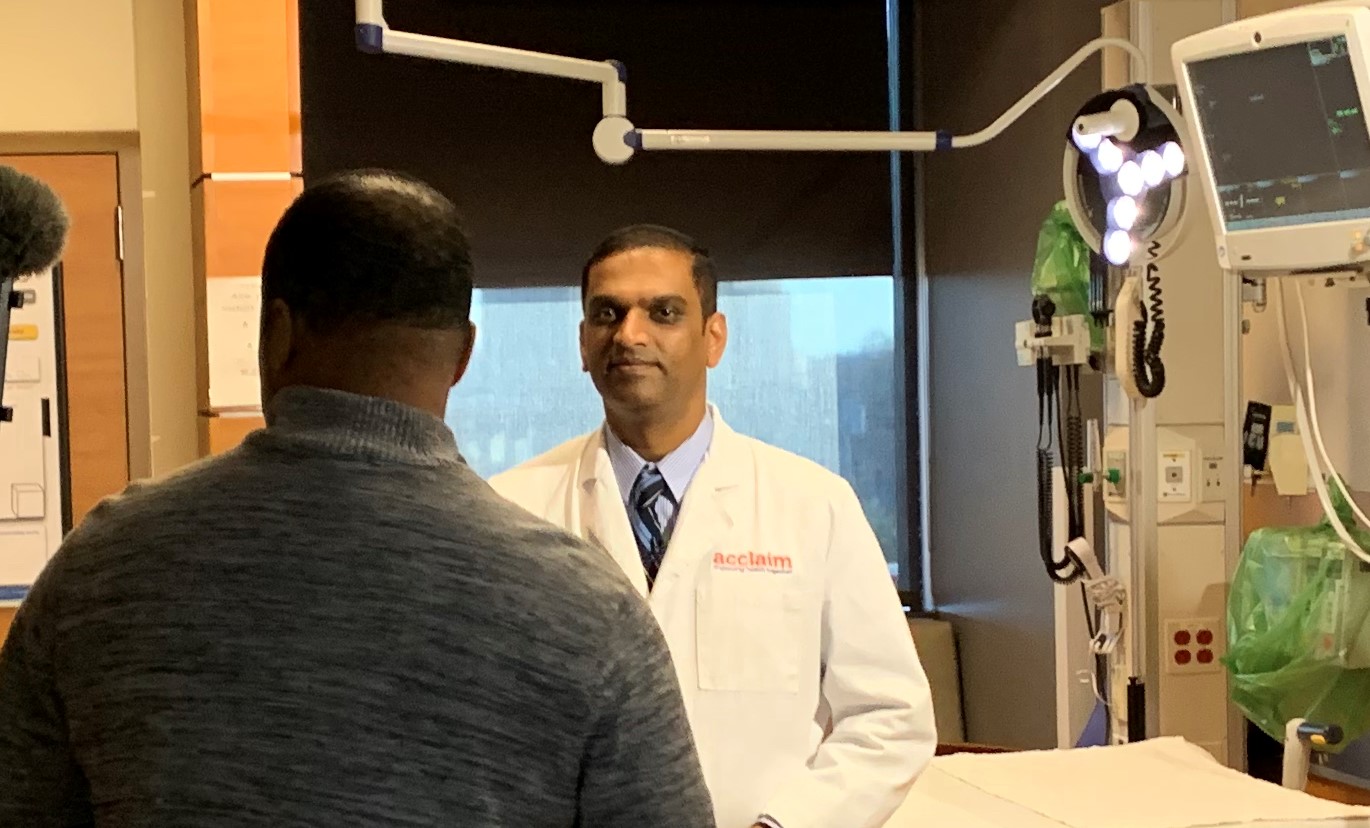 By inserting stents into a patient’s lungs to keep tumors from choking off their airways, chemotherapy and other forms of treatment have an opportunity to work. Patel has also helped to get patients diagnosed and staged more quickly so treatment can begin by using a bronchoscope to biopsy tumors faster and more efficiently than traditional surgery.

In March, patient Elizabeth Pegueros was diagnosed with Stage IV lung cancer and was told she had only a few days to live. Patel operated. He put stents in the patient’s bronchial tubes which allowed her to breathe better, even though one of her lungs was 75 percent full of tumors. Nine months later, Pegueros’ cancer treatments have been successful and her lungs are clear of tumors.

Patel said lung cancer patients typically have their breathing restricted by inflammation in their diseased lung and by the invasion of the tumors themselves. As the cancer chokes off air passages, it weakens patients’ bodies and greatly reduces their ability to fight the disease. The stent procedure doesn’t defeat the cancer, according to Patel. But it does give the patients a better chance to live by allowing them the time and the opportunity to get treatment.

“Eventually, as the cancer grows, their airways close off,” Patel said. “By keeping them open, we can make them stronger so that patients can withstand chemotherapy or radiation. We work closely with Oncology to remove tumors and put in stents and it gives them a much better chance to fight back against cancer.”

While the concept of keeping lungs open with stents is simple, Patel said the work is very precise because tumors in the lungs are filled with high volume blood vessels. If he’s not extremely careful when he performs the procedure, massive, life-threatening bleeding is possible. The risk is a major reason why so few doctors across the United States are willing to give the operation a try.

Pegueros said she was aware of the risks when Patel performed the procedure on her.

“If there was something that was going to give me a chance to live, I was going to take that chance,” Pegueros said. “I’m extremely grateful for Dr. Patel. He – and JPS – are the reason that I’m still here. If we wouldn’t have been brought together, I wouldn’t be alive today.”

Patel has performed the life-saving procedure more than 50 times over the last year, he said.

“Dr. Patel embodies the qualities we all strive for: passion for patient care, an enthusiasm for teaching, and a drive for innovative program development,” said Claire Simpson, Service Line Administrator, Internal Medicine. He is truly an asset to this organization and we are grateful to have him on our team.”